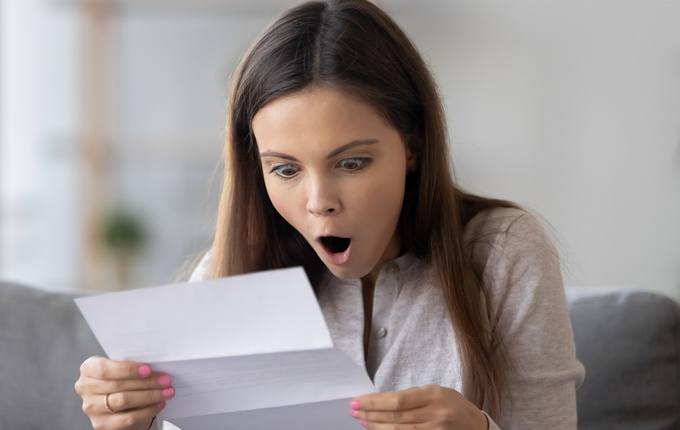 In this blog, IR35 Shield CEO Dave Chaplin explains why the recent revelations around public sector body tax bills may not be over, and why the agencies that placed those contractors should examine the detailed legislation to ascertain their own exposure.

We’ve all seen the headlines about the Department for Work and Pensions (DWP) apparently having a tax bill for £87m, the Home Office (HO) for £29m, and the HM Courts and Tribunal Service (HMCTS) for £12m. It appears that all of these are casualties of the long-known major flaw with HMRC’s Check Employment Status for Tax (CEST) tool – and its over-reliance on substitution.

But there’s considerably more to this latest episode of “CEST-gate” because the more burning questions now are: who is going to pick up the tax bill and could some recruitment agencies end up going bust?

Who foots the IR35 tax bills for DWP, HO and HMCTS?

The devil is always in the detail, and the detail in this instance is the Off-Payroll legislation as enacted in its original form in Chapter 10, Part 2 of the Income Tax (Earnings and Pensions) Act (ITEPA) 2017. It is under this legislation that the DWP, HO and HMCTS have been hit with such significant tax bills. This is a stark reminder to readers that the claims that “nothing changed with Off-Payroll, other than who did the status assessment” are woefully untrue. Off-Payroll is separate and new legislation.

The new legislation – the version enacted in 2017 – contains provisions as to who the “fee-payer” is in both section 61N(1) and 61N(2). The fee-payer is defined as “the person in the chain immediately above the lowest”, with the lowest being an intermediary, also referred to as personal service companies (PSC) in common parlance. This means when there is a recruitment agency in a supply chain, the agency is the fee-payer.

The default position is that the fee-payer is responsible for the unpaid tax. It only then reverts back to the hirer, in this instance the DWP et al., under certain conditions contained in section 61T, part (6), as follows:

As this is a disjunctive list, only one of the conditions needs to be satisfied. We can likely assume the conditions in (a) and (b) are not met, which therefore leaves (c).

Subsection (c) is the reasonable care provision and, crucially, it means if the public sector body had not met reasonable care ‘in coming to its conclusion’ it would then become the fee-payer.

However, not exercising reasonable care, or being careless, is also something different. This subtlety forms part of the Taxes Management Act 1970 (TMA) and is the mechanism through which HMRC can charge a percentage penalty on top of the tax owed. For clarity, HMRC does not have the power to “fine” anyone – it can only request tax that is owed, charge interest on top, and charge penalties.

What we know from the HO reports, though, is that penalties were applicable, which perhaps indicates that reasonable care had not been taken in both the Chapter 10 and TMA sense. That would imply the HO is liable for the tax by virtue of Chapter 10 61T(6)(c). However, in the DWP case, we’ve seen no such reporting. So, if the DWP has adhered to reasonable care, the tax bills belong to the agencies.

Are agencies at risk?

We don’t know for certain, as the full details are yet to be known. The way we currently see it is that the DWP may not be liable for the tax, but the agencies could be. And this is where it gets rather messy.

So, what happens next?

It is possible the agency may be able to claw back some monies from the contractor but not without a fight – the contractor could still argue they were ‘outside IR35’ and that HMRC’s view is plainly wrong and not binding on them.

Of course, we are yet to see what happens, but it would be wise to take these warnings seriously and seek advice.

For example, if the DWP did not take reasonable care, then the agency is not off the hook either because it means the DWP should have deducted tax from the payment made to the agency and could still seek to do so. Again, this event would likely end in litigation. However, the agency will then have an even greater struggle to get that money back from the contractor because it just passed on an amount that legally should have been treated as a gross payment.

Unwinding these positions is unmistakably messy. The implications are still not fully understood and can be highly damaging for those agencies that have not protected themselves.

How should agencies protect themselves against Off-Payroll IR35?

The original legislative flaws that are unfair to agencies are also in the current Finance Act, as amended to Chapter 10, ITEPA in April 2021.

There are however some protections agencies should consider both contractually and process-wise, as below:

The fifth point is crucial, and also needed due to an unfortunate hole in the legislation that causes unfairness to agencies. This is because, under 61T(6)(c), the reasonable care provisions only concern the original determination and its conclusion.

But as well we know, a contractor could start to become part of the furniture or processes could become lazy, and then the status would change to ‘inside IR35’ during the engagement. If this happens, the client has not taken reasonable care in its original determination because nobody can reasonably be expected to predict the future. Yet despite possible carelessness by the client after the original determination, it is the agency that is stuck with the bill.

At IR35 Shield, we have seen considerable misreporting on reasonable care and carelessness, and a conflation of its inclusion in Chapter 10 and how it overlaps with the Taxes Management Act 1970 – we have explained it clearly for you in a previous blog.

The new legislation is considerably different to what we had before because status assessments must be done before the engagement starts. This in itself presents risk because:

This is why it is essential to regularly check status during the contract by asking new questions that only become relevant when the engagement is live. Furthermore, these regular checks provide the ideal opportunity to gather some valuable contemporaneous evidence that support the original determinations. This is the purpose of IR35 Shield’s unique Monitoring feature.

Those of us involved in enquiry and tax tribunal work understand the rules of evidence and, therefore, how to build a pre-emptive tax defence that will actually help defend a case should it come down to the nitty-gritty of a tax tribunal. If you turn up in court with a single SDS conducted before the contract started with no evidence to back up the future claims made in it, then your chances of success are going to be slim.

Conducting a full compliance cycle, regularly checking status, and shoring up the original determination with valuable evidence is much more logical and reliable. That way, your firm won’t end up having its reputation blotted by a tax tribunal because any enquiry should be shut down long before it even has the chance to get to that point.

Dave Chaplin is a former IT contractor, founder and CEO of IR35 Shield. He is also the author of "Contractors' Handbook" and "IR35 and Off-Payroll Explained".