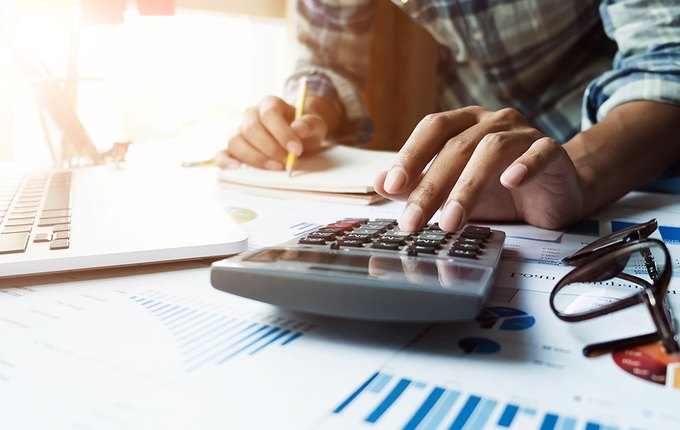 Off-Payroll introduces new compliance requirements on the supply chain, which for agencies and clients means calculating and processing tax and National Insurance Contributions (NICs) due on fees paid to contractors deemed within the scope of the rules.

The sum to be treated an employment income is referred to in Chapter 10, Part 2 of the Income Tax (Earnings and Pensions) Act 2003 as the ‘deemed direct payment’. To comply with their legal responsibilities, it is essential that agencies and clients familiarise themselves with this calculation.

This isn’t to be confused with the similarly named ‘deemed payment’ referenced in the original IR35 legislation – Chapter 8, Part 2 of the ITEPA. Don’t use “deemed payments” under the new regime, otherwise excessive taxation will have been unlawfully deducted.

How tax treatment has changed from IR35 to Off-Payroll

Under the original IR35 legislation, employer’s NICs was deducted from the gross cost of hire, meaning contractors effectively picking up the taxes which should have been realistically paid by the client.

This unfair arrangement subjected contractors to considerably higher effective tax rates than those of permanent employees, an anomaly which has been corrected under the new legislation, where the contractor payment is treated like a regular salary.

What is the Off-Payroll ‘deemed direct payment’?

For “inside IR35” contractors, the fee-payer – i.e. the party in the supply chain closest to the contractor’s limited company - makes to the worker ‘a payment which is to be treated as earnings from an employment’.

This is otherwise referred to as ‘the deemed direct payment’, and calculated as follows:

This is a simple calculation, and in most cases the deemed direct payment is the contract rate agreed with the worker.

This sum is to be treated as salary, and subject to income tax and employee’s NICs deductions via Pay As You Earn (PAYE).

Off-Payroll tax rules: Who is liable for employment taxes?

‘Employment taxes’ is the legal term meaning the taxes that an employer pays, which includes employer’s NICs (13.8%) and the Apprenticeship Levy (0.5%). The crucial difference with the deemed direct payment is that the ‘inside IR35’ contractor is no longer liable for employer’s NICs, which amounts to 13.8% of the contract rate.

Unfortunately for agencies, the fee-payer is ultimately liable for employment taxes, to be paid on top of the fees paid out.

Statute requires that this is paid by the fee-payer, which will need to be sourced from the end client, by negotiating higher margins for affected engagements.

The tug-o-war on rates

Should the client be unwilling or reluctant to fund the employment taxes in full, the agency is placed in a tricky position where it becomes almost impossible to appease all parties. The client will seek to decrease the contract rate, and the contractor will want a higher rate, having suffered as a result of being deemed ‘employed for tax purposes’.

The only viable option is to terminate the contract and find a replacement who is prepared to work for a lower fee. This tug-of-war on rates reinforces the importance of compliance and cooperation between all parties in determining IR35 status.

Agencies cannot deduct the employment taxes from contractor fees, which are to be treated as employment income. This is prohibited by the Social Security Contributions and Benefits Act 1992, Schedule 1, Section 3(2)(a), which states:

‘No secondary contributor shall be entitled to make, from earnings paid by him, any deduction in respect of his own or any other person’s secondary Class 1 contributions.’

This approach is unlawful, and a contractor could take the agency to a tribunal due to unlawful deductions from wages.

Agencies are advised not to deceptively advertise “inside IR35” contracts at gross rates that have the employment taxes included and instead be fully transparent. They need to be advertised as PAYE only rates, to avoid future complications.

The simple way to understand this is that permanent salaries are not quoted with employment taxes included, and therefore neither should ‘deemed employment’ engagements.

The key for all parties is clarity. For agencies, this means accompanying any advertised contract rates with a disclaimer regarding IR35 status and ensuring the rate advertised is the PAYE rate.

Why agencies must police ‘inside IR35’ payments

Clients and agencies need to also be aware of the proliferation of tax avoidance schemes in response to the Off-Payroll tax rules. These schemes typically operate under the guise of 'umbrella companies' when they are far from being a vanilla payroll service. This is a major issue for clients and agencies, particularly those in lengthy supply chains, due to the liability transfer provisions proposed by HMRC for Off-Payroll in the private sector.

The tax liability will be passed up the supply chain in instances where a party has failed to fulfil its compliance obligations and HMRC has failed to collect the outstanding liability from the offending party.

To secure the supply chain and ensure that they don’t expose themselves to any unnecessary risk, clients and agencies must take measures to ensure that monies passed to payroll companies are processed correctly.

The safest option is to not use payroll companies at all, and insist on agency payroll only, or hire the contractor on a fixed term contract.