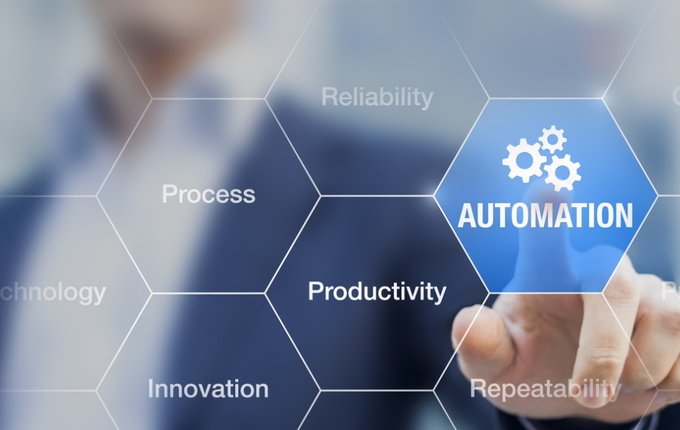 It has been just over six months since the Off-Payroll legislation took effect in the private sector. According to a recent survey commissioned by IR35 Shield, it has had a significant and damaging impact on contractors and firms that rely on their talent.

Unsurprisingly, the focus on coping with the pandemic resulted in many firms being unprepared to challenge the legislative complexity and preferring to steer clear of the unknown. Subsequently, many risk-averse companies banned the use of limited company contractors, much to their detriment. But, matters are improving.

The survey of 3,750 contractors sought to understand firms behaviour leading up to April 2021 and how the market has reshaped itself. The results indicate that whilst firms were attempting to recover from the pressure of the pandemic, the new legislation created an additional and unwanted hurdle.

Despite Government consultations leading up to the changes, indicating that a third of contractors were likely to be "deemed employees", 47% of respondents said that firms never bothered to run assessments, instead choosing to impose blanket bans. Whilst pressing the reset button to clear out the "perm-tractors" may have been the least worse option for firms harbouring hundreds of contractors, this appears to have been harmful. Survey respondents indicated that 65% of firms lost at least half their contractors, 35% cancelled projects, and 50% thought firms would have long term damage.

This harm caused is the hidden cost of the Government's drive towards tax fairness.

Ignorance was not bliss

Unfortunately, it appears many firms left things too late due to the false impression that nothing was changing other than which party conducted the status assessment. By the time they understood the facts, contractors had already started voting with their feet, and it was too late.

Even those who began preparations earlier experienced the unfortunate "IR35 PR wars," making it hard for firms to get good advice on a complex topic they had not encountered before. Newly self-crowned pop-up IR35 experts emerged in the market, armed with a rudimentary understanding of the legislation, resulting in a peppering of contradictory and confusing mixed messaging. The unclear advice fuelled the decisions of firms to issue blanket bans, the consequence being numerous acts of commercial self-harm.

These bans meant many firms cut off their ability to hire the best talent, leading to cancelled and delayed projects. Whilst 48% of respondents told us that firms moved some of their projects offshore, unnecessarily benching UK workers may not have been what the Treasury had in mind to increase the tax take.

However, more recent indications from our IR35 frontline show firms are now engaging more with experienced specialist advice and have realised the IR35 bogeyman doesn't exist. With a considered approach, the legislation is entirely manageable.

Before explaining how IR35 is manageable, let's have a recap of the challenges.

A recap of IR35 and Off-payroll

The purpose of the new Off-payroll legislation was originally to be a wholesale replacement of the longstanding Intermediaries Legislation from 2000, commonly referred to as "IR35". However, due to an exemption introduced during the consultation phase, the original legislation remains in Chapter 8 of ITEPA 2003 and applies to contractors working for small companies. The newer version in Chapter 10 of ITEPA 2003 now applies to the public sector and medium and large companies. Both are somewhat confusingly referred to as "IR35", and firms need to understand the differences to avoid accidental exposures.

The common element is assessing whether the relationship between the contractor and hiring firm may be "deemed employment", which is colloquially referred to as their "IR35 status". And this is where the complexity sits.

These assessments can be a daunting challenge for firms, particularly when assessing large numbers of contractors quickly, effectively, and consistently. Firms must establish whether a contractor is "Inside IR35", which means further tax is due, or "Outside IR35", meaning the relationship is genuinely self-employment. An incorrect evaluation could result in a significant tax hit for companies that gets the determination wrong.

Because of the complexity of the underlying case law, which relies on considering the contractual paperwork and conduct of the engagement, the status evaluation can potentially be arduous and time-consuming.

Resolving this burden is where a blend of human expertise and automation can considerably help. Firms with in-house experts may wish to streamline their processes whilst maintaining control, whilst others may require access to status experts to help with their determinations. Automation also aids firms adherence to reasonable care when making their status determinations – which is a provision embedded in the legislation designed to protect firms from tax risk if they have informed other parties in the supply chain that a contractor is inside IR35.

Tax practitioners will be familiar with the concept of reasonable care from the Taxes Management Act 1970, whereby if the taxpayer is careless, the enquiry window can be extended, and penalties applied. The Off-payroll legislation (Chapter 10 of ITEPA 2003) also features reasonable care in section 61NA(2), which states that reasonable care must be taken "in coming to the conclusion" in a status determination statement (SDS); otherwise, it is not valid. If the SDS is invalid, then the client remains liable for any taxes subsequently due.

This provision was a legislative stick designed to prevent firms from making unfair blanket assessments of contractors, but it only triggers when making an assessment. For completeness, this specific reasonable care provision does not extend beyond events after the assessment. Not meeting reasonable care when determining the status does not mean the tax is automatically due either. It's possible not to meet reasonable care but still have reached the correct answer.

The first fault-line in the legislation sits where there are supply chains, and a firm meets reasonable care in the original determination, but HMRC later successfully challenged this. In this instance, a third-party, the "fee-payer", lower down the supply chain, owes the tax, even though they weren't party to the conduct of the contract after the determination took place.

HMRC's reasonable care guidelines in ESM10014 attempt to patch this and provide third parties with some comfort, but the guidelines are misaligned with the statute, attributing judgments of whether reasonable care has been taken on events taking place after completion of the assessment, contrary to 61NA(2). Readers will be aware that HMRC guidelines can rarely be relied upon on a legitimate basis in the tax tribunal.

The second fault-line is related to fully contracted out services whereby a hiring firm engages with a consultancy, which delivers services, rather than providing warm bodies to augment their workforce. In this instance, in Off-payroll terminology, the hiring firm is not the "client"; the consultancy is – meaning Chapter 10 does not apply to them but may apply to the consultancy.

If the consultancy is a small company, they don't have to do assessments either because it's the contractor's responsibility under the original Chapter 8 legislation. The issue here is a lack of statutory reasonable care provision that protects the hiring firm who reasonably decided the consultancy was the client and not them. For now, if they get the decision wrong and have not issued status assessments for all those workers involved, then the client is liable for the tax if HMRC successfully challenges the position.

A third fault-line is a legislative loophole that leaves firms exposed to potential misdeeds of the unregulated umbrella company sector. Suppose the client tells the agency only to hire contractors on payroll because it's been decided "the role is inside IR35", and the worker operates via an umbrella firm. Without issuing an SDS, stating "inside IR35", a rogue umbrella could pay the workers' company a gross payment, bringing Chapter 10 into play. The client would be unaware and ultimately liable for the tax because of the condition in 61N(5).

Firstly, there is a considerable body of well-trodden case law about what constitutes carelessness or a lack of reasonable care. Given some of the subjective complexities of IR35, it's a very high hurdle for HMRC to prove that reasonable care has not been met. In our experience, firms have competent staff able to take sufficient steps to ensure they do not fall into the carelessness pit.

Secondly, evidence and quality are everything when it comes to defending cases at the tribunal. Firms should conduct robust due diligence and create an evidence trail during the conduct of the contract. This process will help satisfy HMRC that they have made correct determinations and ensure that if a dispute arises many years later, the firm isn't scrambling around to locate corroborating evidence to back the original determination.

Successfully implementing a robust Off-payroll regime is ultimately about accurate status determinations and collating the evidence to back it up. We have entered the world of needing to build pre-emptive tax defences.

Using automated tools is the only way to achieve this by integrating with existing processes and expertise to deliver efficiency and consistency that aligns with reasonable care.

The carmaker Henry Ford, who delivered the Model T to the world over 100 years ago, said: "If I had asked people what they wanted, they would have said faster horses."

The revolution in automating large parts of the legal profession is well underway, and legal robots ("Lawbots") are a movement. In a 2016 report, Deloitte estimated that over 100,000 law jobs in just the United Kingdom alone could disappear within the next twenty years due to automation.

Human beings have been automating processes as early as the industrial revolution, designing machines to take care of manual, monotonous tasks to streamline operations.

Robust Off-payroll compliance is an ongoing process, and to fully protect the position requires continuous monitoring of the workforce to ensure that working practices always reflect the written agreements. Monitoring is where the automated process is critical in gleaning valuable insights and gathering evidence should HMRC make a challenge. Imagine conducting checks and gathering evidence every month from hundreds of workers using only humans – it would cost a fortune and be highly inconsistent. Automation is essential.

So - is it time to lift the blankets?

Many firms understandably implemented blanket bans in the early days. But, our survey indicates the blanket bans are lifting – the figure has moved from 47% to 41% in the space of six months, and our more recent clients tell us they have realised they have no option than to conduct an assessment regime to attract the talented contractors they need.

It's easy for seasoned experts with two decades immersed in IR35 to say, but implementing Off-payroll is not tricky. The hard part is the status determinations, and everything else is just admin.

Many firms are beginning to enhance their in-house expertise and choose automated tools to supplement this and streamline their processes. Consultancy can sometimes be helpful at the start, but we find firms become self-sufficient after about three to six months.

This article first appeared in Taxation Magazine on 30th November 2021.